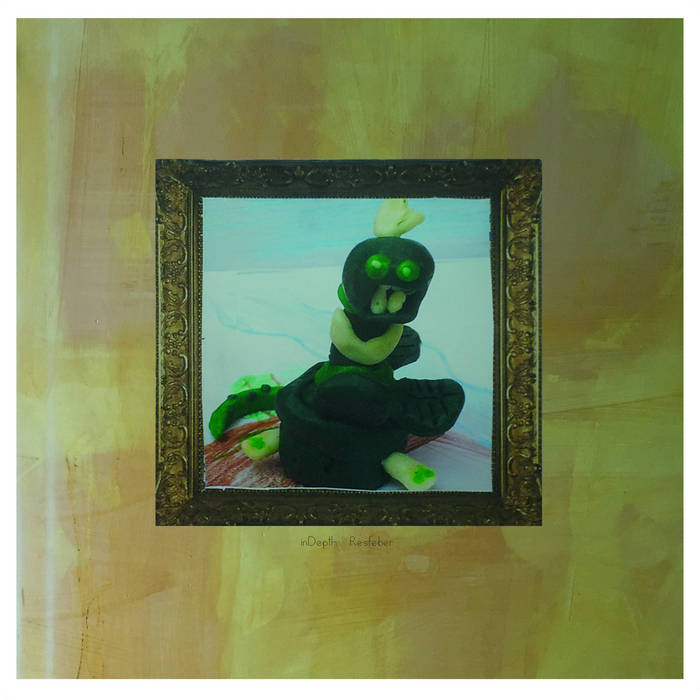 We are so enthusiastic, up to par, stonecold fresh, def and eager to tell the world including it’s robots about our new album that we’ve spend more than 30 seconds trying to think of an alternative word to adequately and originally convey our happy happy joy joy groove about our 7th official inDepth - Resfeber release. Like u care…

Let us introduce ourselves again… your parents might know of us.
We are a hiphop group, (come correct): an exceptionally steady, slept on, hiphop group. Rare! Formed 20 years ago in the Netherlands (no not in the U.S.) by frontman N and frontman Syah. We’ve had moments of fleeting recognition throughout the late ninetees and the 21st century. 20 years later, we are still wondering what’s next. From our early work with Blatta, PSS, the Living legends, Debbie, the Escape artists, Rhythmatic, Mr Moodswing & Shut eye horizon to our last album with Name Science, Sach and Inoe oner. We still do what we do. Yup we have day jobs, families, kids, Younger at heart and co-dependency issues in keen need of musical evaluation. Even without listening,
It would it be a fair assumption that we suffer from life in general and it’s rules at any point while going through the trials and tribulations of being human inbetween fake fiction and the “No I’m not gonna keep it real” thinkers and made up authorities. The quest to finding longevity like ours – or any other DIY musician inspired by, for that matter – is not a difficult one. Love for the music, creating, rhyming, exploring, fun and most important friendship.
This album follows the “as always” pioneering attempts to do us as we cope with daily life, love, obsoleteness, health issues, recovery, the parental travel and “no we don’t want a career in music/ social media”. Rubbing up unlikely forms against one another, tampering with synths, drummachines and vinyl… messing through words, ideas and thoughts. Resfeber is when anxiety and anticipation are tangled together 2B / want 2 be / wannabee social or obtain goals?—? if there are no better real-world alternatives.

{He was distraught and told me that he wanted to kill himself. Suicide bomber style, if the 30-year-old was strapped to a gurney, taken to a psychiatric hospital, and was monitored for safety would somebody acknowledge the fact that abstract meaning is hard to grasp.}
You understand where the "duck" part of chuck-n- duck came from

When a snagged slinky breaks free
you understand where
the "duck" part of chuck-n-
duck came from. Gone Fishing

Ourplace was started in 1998 by N and Syah as an outlet to release music as an artists collective (N & Blatta, InDepth, Rhythmatic ) that came together long time ago as friends.
With the help of our small fanbase, plus our sidelabels Limited item lovers & DNS Records we remain solvent in the collapse of the music industry at large. We enjoy laughter, good times and the company of friends. ... more

Bandcamp Daily  your guide to the world of Bandcamp